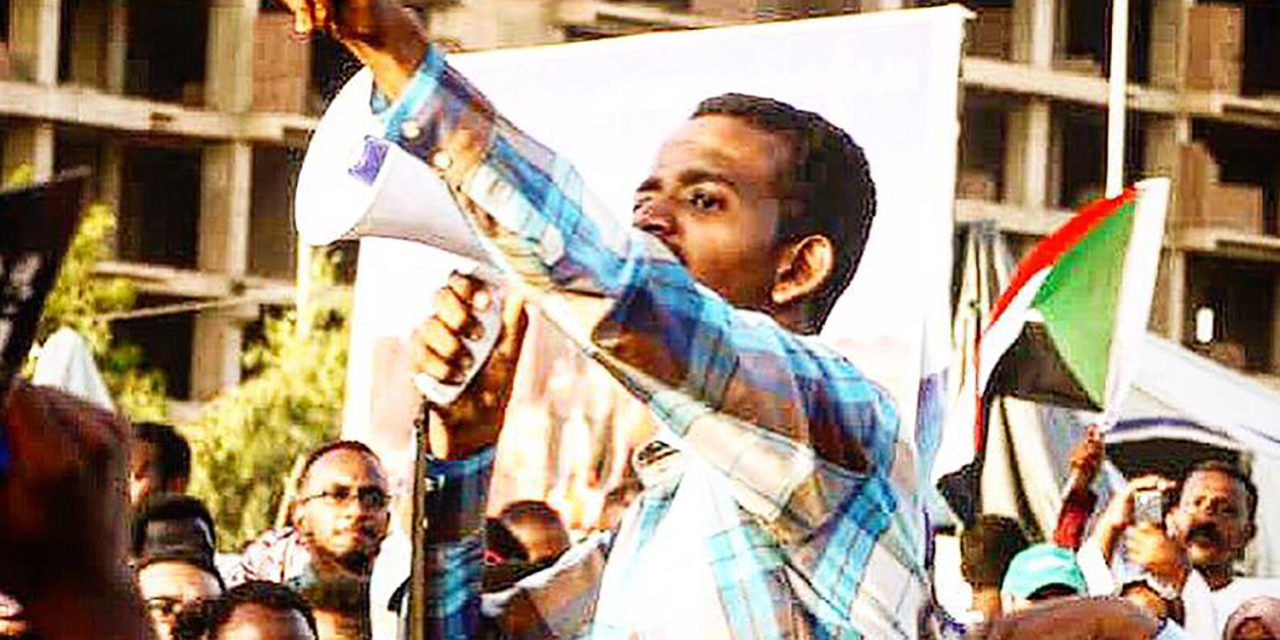 On December 19, 2018, a protest and a fire sparked a movement that changed the course of Sudan’s history. Young people, like Mohamed el-Hassan, played a vital role to bring about this change.

Mohamed el-Hassan is a 25-year-old engineer from Khartoum. He works in the private sector, and he has been a longtime activist, driven by a yearning for a better Sudan.

Mohamed was a committed protestor during Sudan’s uprising that started in December 2018. He also contributed to the protests by organising events, mobilising people and ensuring the safety of protestors.

AlAdwaa.Online’s Alaa Eliass spoke with Mohamed el-Hassan about his role during the protests and his outlook:

Q: Mohamed, what was your role during the protests in Khartoum?

A: I can divide my role into two. The first, before the revolution, was about preparing people to revolt, whether it was through social media or any other possible platform.

The second role, after the revolution had started and people took the streets – we arranged the marches within neighbourhoods, and we coordinated between demonstrations in different residential blocks of Khartoum. We also checked the routes, whether it was safe or not.

During the protest in front of the army headquarters, we had other duties. We organised ourselves in different groups such as the cleaning committee, the media committee that was responsible for all the cultural forums, musical nights, the plays or the revolution leader’s speeches at the sit-in area main stage.

There was also the food committee which was responsible for preparing food for the people, the logistics and the organisation committee.

The safety committee, which I was part of, was responsible for the safety of the sit-in area – whether it was a security check for everyone who was coming in and getting out of the area, or staying up at night to guard the entries because we were expecting the ‘militias’ attack at any time. This was, indeed, the most challenging task for me.

Q: Sudan has undergone significant changes – changes gained through the efforts of so many young people like you. Are you satisfied with the developments?

A: I am satisfied with what we achieved till now, and I think we should give the new administration the chance to prove itself.

Q: And what are you doing now, how are you contributing to keeping the revolution on the right path?

A: Since the formation of the transitional government, I am trying to support the new leadership, which, I think, will bring us on the right path again.