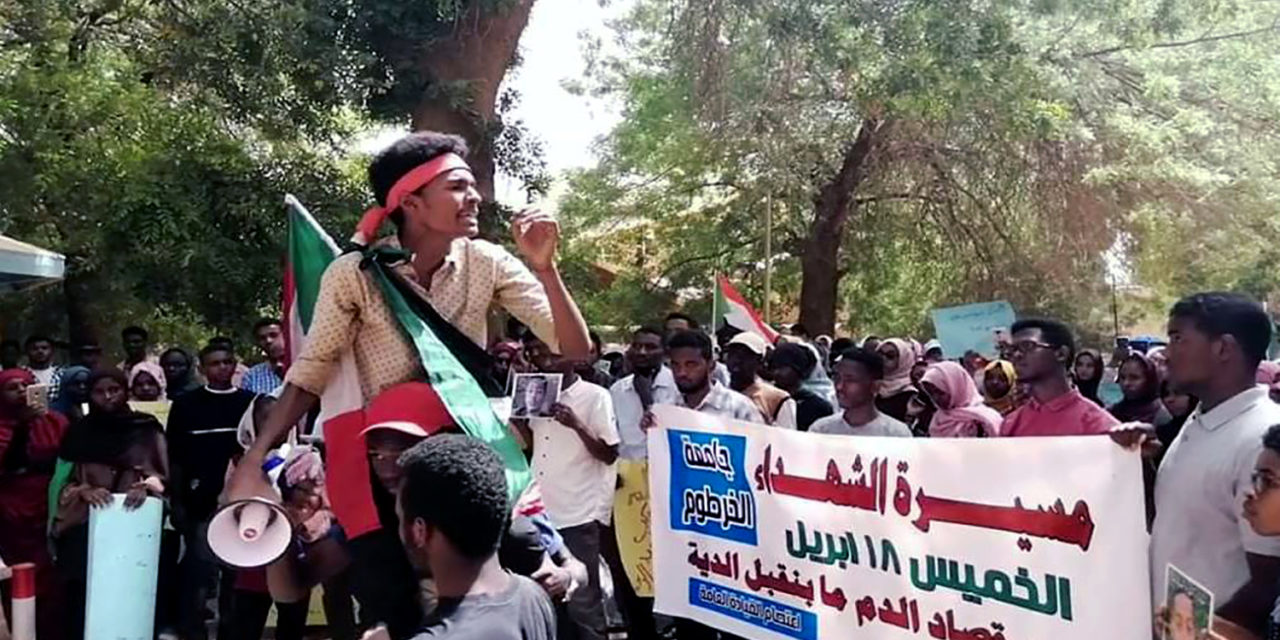 On December 19, 2018, a protest and a fire sparked a movement that changed the course of Sudan’s history. Young people, like Osama Gassim, played a vital role to bring about this change.

Osama Gassim is a 21-year-old student at the Faculty of Art, University of Khartoum. He played a vital role during Sudan’s uprising that started in December 2018.

Osama was part of the Neighbourhoods Resistance Committees, the committees responsible for the planning and organisation of all the marches in Khartoum.

AlAdwaa.Online’s Alaa Eliass spoke with Osama Gassim about his role during the protests and his aspirations:

Q: Osama, what was your role for the Neighbourhoods Resistance Committees?

A: Our job was to work with the people in the streets. We informed them about when and where the marches, strikes and the civil disobedience activities take place.

We did that through various means, like writing on the walls, distributing leaflets inviting people to revolt, or orally announcing that the marches take place the next day.

We did that at night because it wasn’t safe for us to do it during the day, as we ran the risk of the ‘militias’ attacking us viciously.

Q: Sudan has undergone significant changes – changes gained through the efforts of so many young people like you. Are you satisfied with the developments?

A: We didn’t reach all of our goals, but the situation right now is definitely one million times better than the past. We just need more time, and we will get all our rights back again.

Q: And what are you doing now, how are you contributing to keeping the revolution on the right path?

A: For now, I think my mission, and generally our mission as the youth, is to try to establish an authentic democracy experience, and to protect what we have achieved from any attempts of a sudden militant coup.

As a youth, we also have the difficult mission of creating awareness about the principles of democracy and how to accept our differences as Sudanese.

Until all our demands are achieved, we need to be very vigilant. At the top of those demands is bringing the thieves who stole our country and the criminals who murdered our brothers to justice.

I believe I do speak on behalf of all Sudanese when I say that we don’t want ‘militias’ any more, we want a real civil state.