How to mend Sudan’s ailing economy? 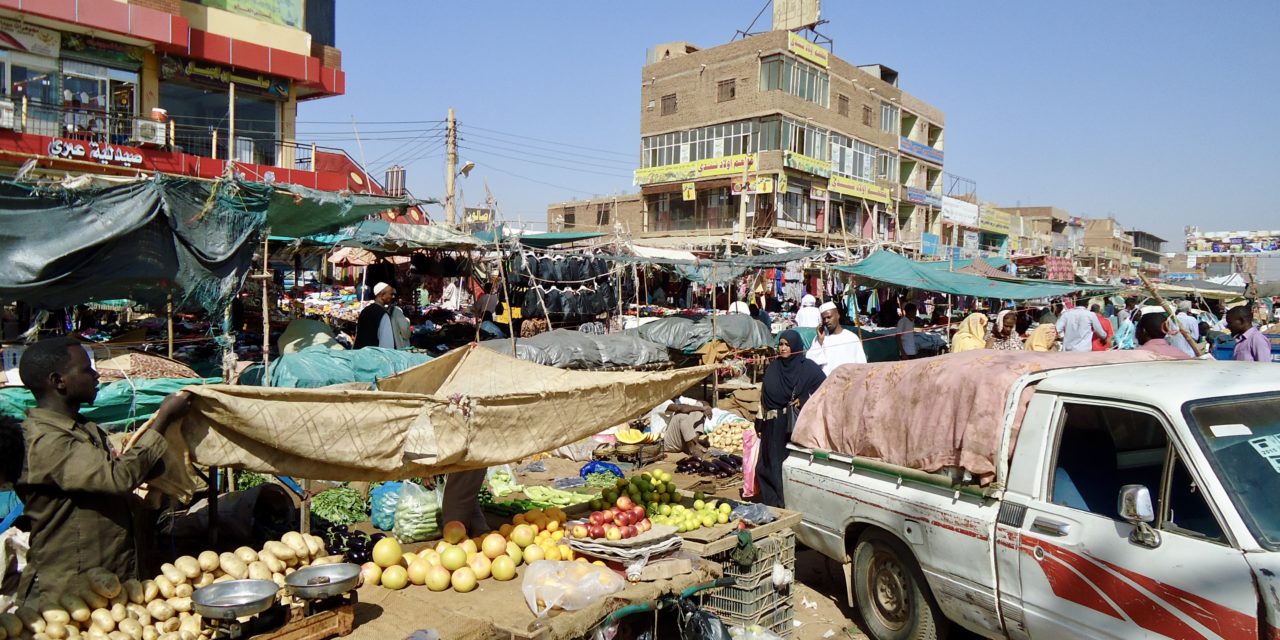 Price hikes for fuel and bread and cash shortages triggered the revolution in Sudan. With the old regime ousted, the country’s economic crisis continues. The new government and experts seek solutions to end the chokehold on Sudan’s economy.

Aminah Mukhar, a woman in her sixties, sells peanuts, peanut butter, various seeds and other things at the Kalaakla market, in the south of Sudan’s capital Khartoum. “We sit the whole day here, and at the end, we go back home unable to provide food [for our family],” Mukhar said. When asked if living conditions have improved since the new government is in charge, she briefly answered, while still arranging her peanut bags, “the situation is as it was before – well people are actually suffering even more than before”.

The Transitional Government of Sudan, led by Prime Minister Abdalla Hamdok, is aware of the suffering of the people, according to remarks made by Ibrahim al-Badawi, Minister of Finance and Economic Planning, on November 7, 2019. Badawi said, “We feel the pain of the Sudanese people, and we came to power to serve the people.” At the same time, the minister acknowledged “the presence of a severe living crisis” and stressed that “the government is serious about finding solutions in the near future.”

It seems that the test facing Hamdok’s government is the 2020 fiscal budget. The Ministry of Finance confirmed that no new taxes would be introduced, which leaves a significant gap in the 2020 budget – funds needed to avert economic collapse and launch reforms. Al-Badawi told Reuters that “the country needs about USD 5 billion in aid to prevent collapse”.

“The country needs around USD 5 billion in aid to prevent collapse.”

The Minister of Finance further said that “Sudan has received some support for fuel and wheat imports, but about 65 per cent of its population, reaching 44 million, are suffering from poverty and need development funding”. Sudan has already drawn slightly more than half of the USD 3 billion offered by Saudi Arabia and the United Arab Emirates, according to Al-Badawi. Although this aid helps the people of Sudan in the short-term, the challenge for the government is to find long-term solutions to bolster Sudan’s economy.

Nazek Shammam, a journalist specialised in economics who writes for several Sudanese publications, told AlAdwaa.Online that so far the government has not “come up with any decisions to effectively contribute to lowering prices, or activate any institutions that will contribute to work on lowering the costs of living, given the limited income of most of the Sudanese people”.

Sudan’s economic crisis is a direct result of President Omar al-Bashir’s rule, which allowed a narrow elite to enrich itself as the costs of living soared. With South Sudan’s secession in 2011, Sudan also lost significant oil revenues, and 20-year-old economic sanctions kept Sudan’s economy in a chokehold, contributing to hyperinflation and economic stagnation. Overcoming the accumulated effects on Sudan’s economy won’t be easy and will take time.

If Sudan’s new government fails to deliver, raised expectations following the uprising could turn quickly to frustration. Solutions to help alleviate the burden of living costs are therefore urgently needed. One such solution circulating is to increase the salaries of state and private sector employees.

On November 7, the Sudan Workers’ Union (UWS) revealed its proposal to the Ministry of Finance and the Higher Committee for the preparation of the 2020 budget to increase the monthly minimum wage to SDG 8,778 (approx. USD 200) in addition to removing salary discrepancies and exempting workers from personal income tax. Sudan’s current minimum monthly salary is SDG 425 (approx. USD 9).

The union’s proposal was preceded by a study prepared by the Sudanese Professionals Association last year, which revealed that the monthly cost of living for a family of five is SDG 15,218 (approx. USD 340). The study pointed out that “[this amount is] to cover essentials without luxuries and contingencies while adhering to the minimum quantities and prices”.

However, some economic experts say that the idea of salary increases is not feasible in light of the country’s general desperate economic situation. Hussein al-Quni, head of the Economic Committee of the Consumer Protection Association, said that “increasing salaries will have adverse side effects unless there is an [income] increase for the whole society”.

“The economy will be disrupted, and the results will be counterproductive,” he explained, adding that “the issue needs a combination of things to increase the income of society, such as the government reducing taxes, but also looking for alternative ways to generate income”.

Hafez Ismail, an economist specialised in financial analysis and monetary policy who is currently the director of Justice Africa Sudan, is also sceptical. “The living costs of people are linked to the macroeconomic policy, and therefore no government can change the situation unless it deals with macro challenges,” he said.

Muhammad al-Jak, an economics professor at the University of Khartoum, suggests a different approach. He said Sudan needs “an urgent government intervention to control things related to bread, fuel and rising prices of consumer goods.”

Experts agree that getting out of Sudan’s economic crisis will require considerable time and effort. The problem, according to al-Quni, is that “the new government has promised people to improve their living conditions, and this is why citizens are expecting this to happen overnight”.

Perhaps it is still too early to evaluate the performance of the new government. “We have been patient with the previous government for 30 years under economic hardship, and we should be a bit patient with Hamdok’s government,” said Saleh Youssef, who lives in Khartoum.