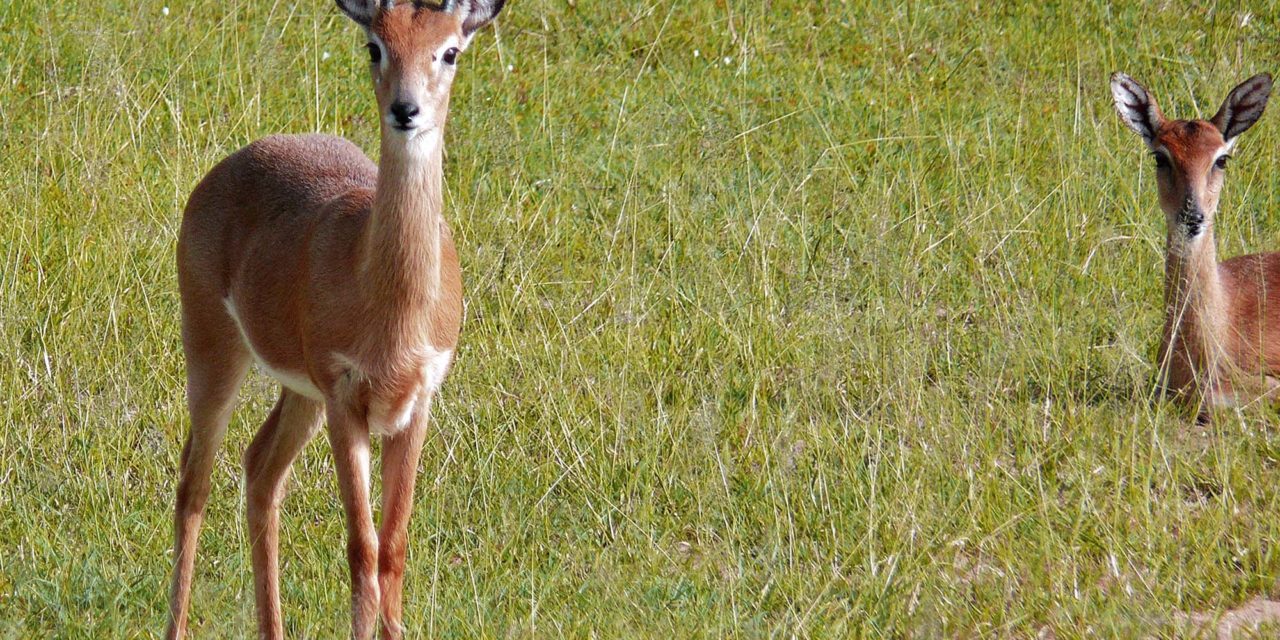 Sudan is vibrant with hundreds of plant and animal species, but violence, pollution and climate change threaten to drive many life forms into extinction.

Sudan was once the largest country in Africa before its separation from South Sudan in 2011. Although more than 90 percent of Sudan’s area is classified as desert and semi-desert ecosystems, it is still rich in biodiversity, thanks to its forests – which make up 12 percent of its territory – and wildlife adjacent or connected to the Nile and its streams, as well as The Red Sea.

Sudan boasts a collection of 3,132 species of flowering plants, 409 of which are endemic to the country. Of 13 different flowering plants in Africa, 12 can be found in Sudan.

Sudan also has 12 orders of mammals out of 13 total orders found in Africa. At least 80 major reptile species have been observed in the country, including boas, snakes, pythons, lizards and crocodiles. There are also 931 species of birds 127 of which are common in Sennar, Gedarif and Blue Nile States in southeastern Sudan. Some 500,000 insect species can be found in the country.

Some of Sudan’s unique ecosystems

Dinder Park hosts 27 species of mammals: warthog, reedbuck, oribi, African buffalo, roan antelope, red-fronted gazelle and different kinds of monkeys and baboons. The park also contains some of the most globally endangered mammals such as the African lion, wild dog and leopard. Additionally, there are more than 160 species of birds including significant and endangered species like the African white-backed, white-headed and rüppell’s vulture and 32 species of fish, reptiles and amphibians. The park is rich with plant cover as well, with 58 species of shrubs and trees in the park.

The unique location of the Sunut Forest, which borders the Nile make it a hot spot for migrant birds. One study found that there are at least 81 species of palearctic migrant birds, and 144 species of birds within the forest with six species nearly threatened (according to IUCN classification), including the black-winged pratincole, the Eurasian curlew and bartailed godwit; common pochard (classified as Vulnerable (VU)), Saker Falcon (Endangered (EN)), and Sociable Lapwing which is Critically Endangered (CR). This forest is not only crucial for biodiversity, but it is also a natural filter for all the toxic carbon dioxide emitted from industry and transport in the polluted capital Khartoum.

South Darfur State is rich with biodiversity and wildlife that is unfortunately now threatened with extinction due to violent conflicts, drought and climate change. One of the richest wildlife parks in Sudan can be found here: Radoom National Park, with different kinds of gazelles, cheetahs, wild dogs, warthogs, hyenas, tigers, ostriches, lions and other species including migratory birds.

The East of Sudan is also rich with biodiversity – the coastal region of The Red Sea boasts unique coastal and marine environments. It extends for about 750 kilometres, famous for its Mangrove Forests, which is the main conspicuous coastal vegetation and creates the optimal habitat for plants. All five species of pan-tropical marine turtles occur in the Red Sea: the green turtle, the Hawksbill turtle and Olive Ridley turtles. There are 450 species of reef fish in the Red Sea, large numbers of seabirds, eight species of shrimp, wild mother-of-pearl shells, sea cucumber, sharks, lobster, and many other sea creatures. Unfortunately, there are many endangered species in The Red Sea as a result of overfishing, sea pollution from factories, oil ships, as well as global warming.

Over half a century of violent conflict has burdened wildlife in Sudan, with many animals killed directly by shooting, or by overhunting of combatants who used them as a primary food source. A 2013 list of endangered species composed by the International Union for Conservation of Nature (IUCN) indicated the absence of information for 114 animal species (i.e. data deficit) and 127 species reported as threatened, including 19 plants and 108 animals (16 mammals, 18 birds, 3 reptiles, 21 fish and 50 invertebrates). Many ecologically important species went extinct since the 1980s or were driven away from their natural habitats in Blue Nile, South Darfur and the Nuba Mountains, which are the most unstable regions in the country. Among the endangered species are top predators such as the cheetah, African lion; birds such as the lappet-faced vulture, greater spotted eagle, imperial eagle and lesser kestrel; endangered herbivores included on the list are hippopotamus, barbary sheep, dorcas gazelle, red-fronted gazelle, African elephant, and African spurred tortoise, as well as several bats like Trevor’s free-tailed bat and the horn-skinned bat.

Desertification and drought from climate change is another major threat to wildlife in Sudan and has been experienced by 70 percent of the country. The high rate of deforestation, from cutting down trees (for fuel-wood), soil erosion, forest fires (naturally or by militant forces), and drought, are the primary drivers of desertification. The Intergovernmental Panel on Climate Change (IPCC) 5th report classified Sudan as one of the spots in Africa most vulnerable to climatic change. International Fund for Agricultural Development (IFAD) reports indicate that the overall rainfall decline between 1970 until today, ranged between 10 to 20 percent across the western and the southwestern states. As most wildlife depends on seasonal streams, it was actually counted one of the main reasons for elephants disappearing in Dinder Park, and for wildlife declining in Radoom Park.