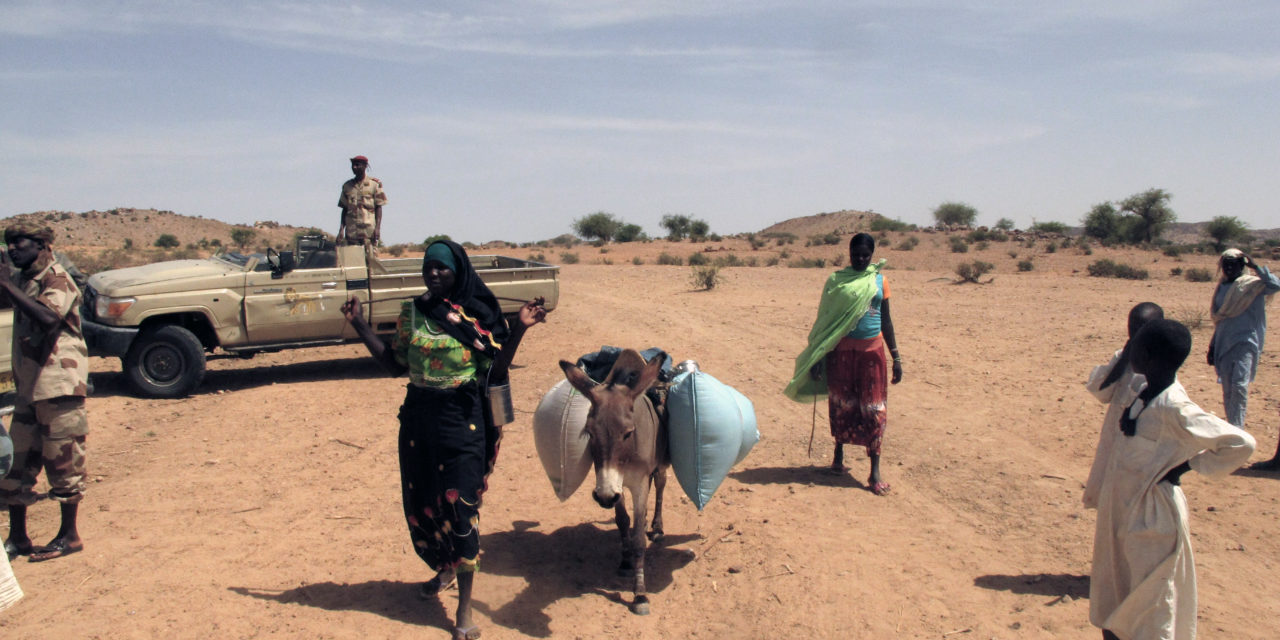 The aspirations for peace in Sudan’s Darfur region are high, yet armed movements do not approve of the agreement signed by the Forces for Freedom and Change (FFC) coalition, and the Transitional Military Council (TMC).

The violent conflict in western Sudan’s vast and long-neglected Darfur region, where an insurgency broke out in 2003, claimed the lives of about 300,000 people and displaced some 2.7 million.

Al-Bashir’s government mobilised Arab militias known as the Janjaweed, who are accused of burning villages to the ground, massacring civilians and carrying out mass rapes among three ethnic African groups, the Fur, Masalit and Zaghawa.

Fleeing for their lives, the displaced took shelter in displacement camps across the country. Their hopes for returning to their homes built-up since Sudan’s President Omar al-Bashir was driven from power and now languishes in prison.

In August 2019, Sudan has appointed a new prime minister, Abdalla Hamdok, as the country embarked on a three-year transition to civilian rule.

“We hope the new government will do justice to us,” says Kaltum Abkar, a displaced woman living in the camp for internally displaced persons near Nyala, South Darfur. is pleased with the toppling of al-Bashir’s government.

“This government forced us to hold our breath all this time.”

“This government forced us to hold our breath all this time, and it was the direct cause of our displacement 15 years ago,” she says in an interview with AlAdwaa.online. “It forced me, together with thousands of people, to live in camps that lack the most basic services people need.”

Another displaced person interviewed by AlAdwaa.online, Abdallah Ishaq, stressed the importance of ending people’s suffering, considering their “fair” cause, and caring for their future and the future of their children who know nothing about their home areas.

But Kaltum is worried that insecurity will prevail. “The hearts of all mothers in the displacement camps are with the revolution, but we demand to put an end to the armament of militias. The people of Darfur, who are in armed movements, now must work for peace and security that we have long missed.”

But Kaltum is worried that insecurity will prevail. “The hearts of all mothers in the displacement camps are with the revolution, but we demand to put an end to the armament of militias. The people of Darfur, who are in armed movements, now must work for peace and security that we have long missed.”

A futile agreement for the people of Darfur?

Contrary to these hopes for a better future following the fall of President al-Bashir, several armed and unarmed opposition groups adopted a boycott strategy against the power-sharing agreement signed by the Forces for Freedom and Change (FFC) coalition, and the Transitional Military Council (TMC).

This agreement, known as the Constitutional Declaration document, was signed on August 17, 2019. However, some believe the deal does not address the root causes of the Sudanese crisis in general and the Darfur issue in particular.

Abdallah Ibrahim, a displaced person and representative of the Kalima Youth Camp, considers the agreement futile. “The agreement has granted the people of the centre the power because they spearheaded the revolution. This will not bring peace, security and stability all over Sudan, and certainly not in Darfur,” he says.

Abdallah further criticises that internally displaced people, affected by over a decade of violence, have been totally neglected. “The agreement failed to include the issue of compensation and means by which displaced people can return to their villages.”

“The next government will be an extension of the Bashir regime.”

Journalist Jaafar al-Sabki, regularly reporting about the plight of the people of Darfur, agrees with Abdallah, adding “the next government will be an extension of the Bashir regime in the way it is going to deal with the periphery issues”.

Armed movements that have been fighting the Sudanese government for years in the Darfur, South Kordofan and the Blue Nile regions, unanimously rejected the agreement each for their reasons.

The Sudanese Revolutionary Front (SRF), an alliance of armed movements fighting in Darfur, Blue Nile and South Kordofan, which signed the Declaration of Freedom and Change, believes that the signed agreement has ignored its most urgent demand of achieving a just peace in the country. According to an SRF statement issued on August 16, 2019, the agreement “categorically rejected peace”.

“We believe in the importance of including the agreed-upon FFC peace vision in the Constitutional Declaration and the Political Agreement.”

“We believe in the importance of including the agreed-upon FFC peace vision in the Constitutional Declaration and the Political Agreement as an obligation to reach a just and comprehensive peace,” the statement reads.

The Sudan Liberation Army (SLA) Movement, led by Abdel Wahed Nour, which did not sign the Declaration for Freedom and Change, also rejects the agreement saying it is a bilateral agreement with the participation of civilians and the military that does not address the roots of Sudan’s issues. Several SLA supporters demonstrated on the eve of the signing of the agreement in some displacement camps in Darfur to condemn the deal.

According to the Political Agreement signed between the FFC and TMC, the peace process in the country shall be postponed until the formation of the transitional government. This contradicts the aspirations of the armed movements under the Revolutionary Front Alliance that wanted to participate in the transitional period from the start.

The agreement contains the policy and approaches to achieving a comprehensive peace in the Darfur, Blue Nile and South Kordofan regions in consultation with all armed movements, within six months from the date of signing the agreement. At least for now, peace in Darfur remains elusive.