In the making: press freedom in Sudan 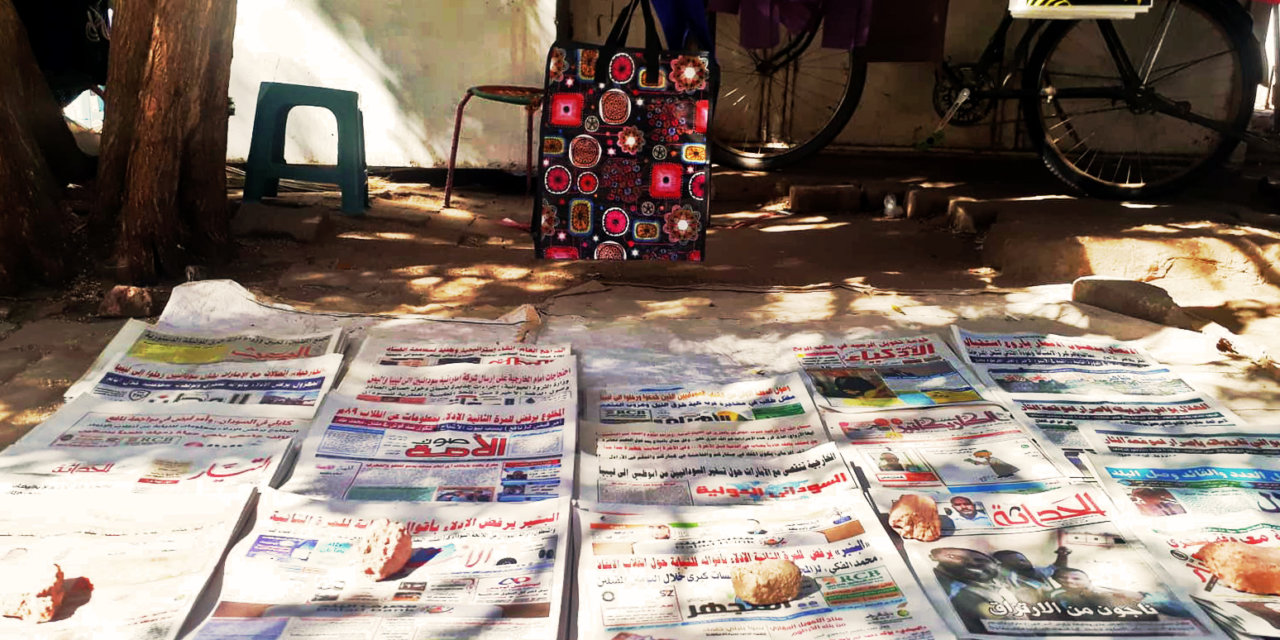 In Sudan, exceptional hostility to press freedom was a reality for most of Omar al-Bashir’s 30-year-rule. Bashir’s regime fell in April 2019. Since then, media freedoms have improved – however, challenges abound.

The main message conveyed by the Reporters Without Borders (RSF) 2019 World Press Freedom Index is that Sudan still has a dire record on press freedom. The international media watchdog ranked Sudan at 175 out of 180 countries, making it the sixth-worst country in the world.

“Sudan’s journalists and media were among the leading victims of the former regime’s crackdown on the big anti-government protests that began on December 19 2018. Around 100 journalists have been arrested, and the intelligence services have been silencing the most critical newspapers almost every day,” the report reads, referring to the months of protest that led to Bashir’s fall.

Since then, little by little, the margins of freedoms have expanded. The formation of the transitional government and the introduction of slight policy and structural changes in government media institutions has given new hope.

Among the changes, the introduction of article 56 in the constitutional document for the transitional period, which stipulates that “the state shall guarantee the freedom of the press and other media as regulated by law in a democratic, pluralistic society”.

Ashraf Abdelaziz, Editor-in-Chief of the Al-Jareeda Newspaper, told AlAdwaaa.Online that now “there is freedom of the press and the situation is better than it was during the former regime. Now, one can write without red lines or interventions from the authorities.”

However, in January, the situation got complicated. The Sudanese Anti-Corruption Committee’s spokesperson Dr Salah Manaa announced in a press statement that the newspapers El-Ray El-Aam and El-Sudani and the TV channels Ashorooq and Teiba would be suspended.

Sudanese authorities suspended the four news outlets as part of a broader effort to seize assets from the former ruling party of former President Omar al-Bashir.

According to Manaa, the seizing aims to “recover the assets of the Sudanese people, and there is no targeting of any specific person”. He explained that “there will be a revision committee to administrate these channels”.

This explanation came after the move to shut the media houses down was met with criticism by Journalists for Human Rights (JHR), the International Federation of Journalists (IFJ), Reporters Without Borders (RSF) and the Committee to Protect Journalists (CPJ).

Dealing with the former regime’s legacy

People affiliated with the former regime are still working in key government and various other institutions across Sudan. The hegemony of the previous administration over all aspects of daily life is difficult to uproot.

Alaadin Mahmoud, a member of the Sudanese Journalists Network (SJN) secretariat, said that “the counter-revolution forces and the former regime find media spaces because their institutions remained as they were in the past”.

“The presence of restrictive media laws, which the former regime had relied on, such as the Criminal Act of 1991, the 2009 Press and Publications Act, the National Security Act, and the Informatic Offences (Combating) Act further enables the deep state media and the counter-revolution programme. Sudan is yet to either cancel these laws or amend them,” Mahmoud added.

This legacy limits efforts fostering freedom of expression and the work of the press, a situation the Ministry of Information wants to change. The ministry’s Undersecretary Rashid Saeed Yacoub told AlAdwaa.Online that “the post-revolution vision of the ministry should be a media that reflects the reality of the revolution and its demands as expressed in its slogan: freedom, peace and justice and the building of a civilian state.”

He added that “it is for that reason that the media should be dedicated to achieving the goals of the revolution, rather than to reflect one opinion or one direction. All this should be in the framework of political, intellectual, ethnic and religious multi-cultural visions and all sorts of differences in Sudan should be reflected in the media.”

According to Yacoub, the achievement of this vision requires steps on three levels: the first level is changing the current laws that had been enacted by the former regime which restrict the freedom of the press.

He explained that “these laws were prepared and designed to restrict the freedom of the press and the media. They should be changed to reduce the government’s grip on the media and at the same time, provide protection for journalists. Moreover, there should be efforts to improve the economic and living conditions of journalists.”

He added that these laws would be comprehensive covering all fields of media and journalism, including online journalism. A higher council should be created to take care of these issues, implement laws and give permits.

The third and last level in the ministry’s plan to achieve greater press freedom is “human resources and training”, and to make the press in Sudan cope with developments taking place on a global level.

But the ministry’s plan alone won’t fix the rugged state of the press in Sudan. Another critical obstacle is the absence of an entity uniting the Sudanese journalists and to put forward a unified strategy for media institutions and professionals.

Uniting for a common goal

After the signing of the constitutional document between the military council and the Forces of Freedom and Change (FFC) on August 17, 2019, and the formation of the transitional government in September 2019, authorities dissolved trade unions and professional associations considered an extensions of the former regime and which were not at all independent professional organisations.

The Sudanese Journalists Network (SJN), a union and a lobbying body not formally registered, was founded in 2008. The network championed media issues and defended press freedom, a role that should have been played by the Sudanese Journalists’ Union, which instead was affiliated with the government.

The network was one of the professional bodies that announced its opposition to the former regime and demanded its toppling. The SJN, together with the Central Committee of Sudanese Doctors, the Teachers Committee and others form the Sudanese Professionals Association, which led the Sudanese revolution.

In 2019, the network advanced with its struggle. It gained local and international respect and recognition when chosen as a candidate for the Reporters Without Borders’ international award for its fight and defence of freedom of expression and its impact and prominent role in public life.

SJN submitted its vision to the Ministry of Information on how to deal with media institutions in a memorandum, which contained four core demands: “1) the formation of a fact-finding committee to study issues related to the property and assets of media organisations; 2) immediate suspension of all media organisations affiliated with official bodies; 3) the restructuring of official media institutions to become servants of the society; 4) the preparation of a media conference to develop a media strategy.”

“It is necessary to have a clear vision in place on the work of the media and not to let it be influenced by the approach and ideology of the minister and his way of seeing things alone,” said the SJN’s Alaadin Mahmoud.

However, although the SJN has submitted its vision, the network is not representative of all media professionals. In May 2019, during the general command sit-in, a rift opened among journalists, and a number of them left the network and founded the ‘Preliminary Committee for the Restoration of the Sudanese Journalists Union’.

Another group, called Tajamu’ al-I’lamyyin (Association of Media Professionals) was recently created and is composed of journalists and media professionals who work in the ministries’ and government commissions’ media offices as well as government media institutions and some journalists who work for daily newspapers according to an Al-Jazeera report.

An informed source in the initiative, who preferred not to be named, told AlAdwaaa.Online that a five-member committee has been formed through the initiative, to draft a law and the statutes for a new journalists’ union.

Ayman Sinjrab, who is part of the initiative, said that the unity of journalists is an “absolute necessity to confront challenges currently facing the country and the profession”.

He added that “there is no disagreement about the goals, and the community of journalists will witness promising results that are worthy of the Sudanese people’s hopes of a free press”.

But, even if all these goals are achieved, the years of repression have left scares on journalists. “Free press or no press” was the slogan of the Sudanese journalists during the Bashir era. A free press means no external censorship, but also, and maybe most importantly, no self-censorship.

Given the harsh punishments that awaited media professionals who violated the “red lines” set by the former regime, many journalists censored their own and their colleagues’ work.

As a result of long and gradual efforts to instil mistrust and fear, the spectre of self-censorship is challenging to overcome.

On December 11, 2019, the Sudanese Journalists Network pointed to an example of self-censorship when media houses refused to publish an article written by famous journalist Fathi Aldaw that involved some key players of the former regime.

The Editor-in-Chief of Al-Jareeda newspaper said: “Perhaps these institutions have some interest in not publishing the articles of Daw. These articles tend to reveal corruption cases of the former regime.”

Aldaw is known for several books he wrote containing sensitive information about members of the previous regime and opposition figures. His books were banned in Sudan by the former government.

It is evident, in Sudan, journalists publish much less than what they know. Intentionally and voluntarily suppressing information hinders the proper functioning of a democratic society, and therefore, media professionals need to find – individually and as a group – solutions to overcome self-censorship.

The confidence to do so requires an improved legal framework, the adherence of the authorities to the law and a unified journalist body representing and protecting its members. If the current discussions and plans on the table become a reality, Sudan is indeed on the way towards a more free press. 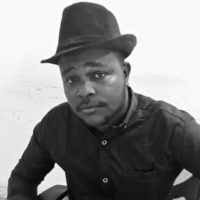