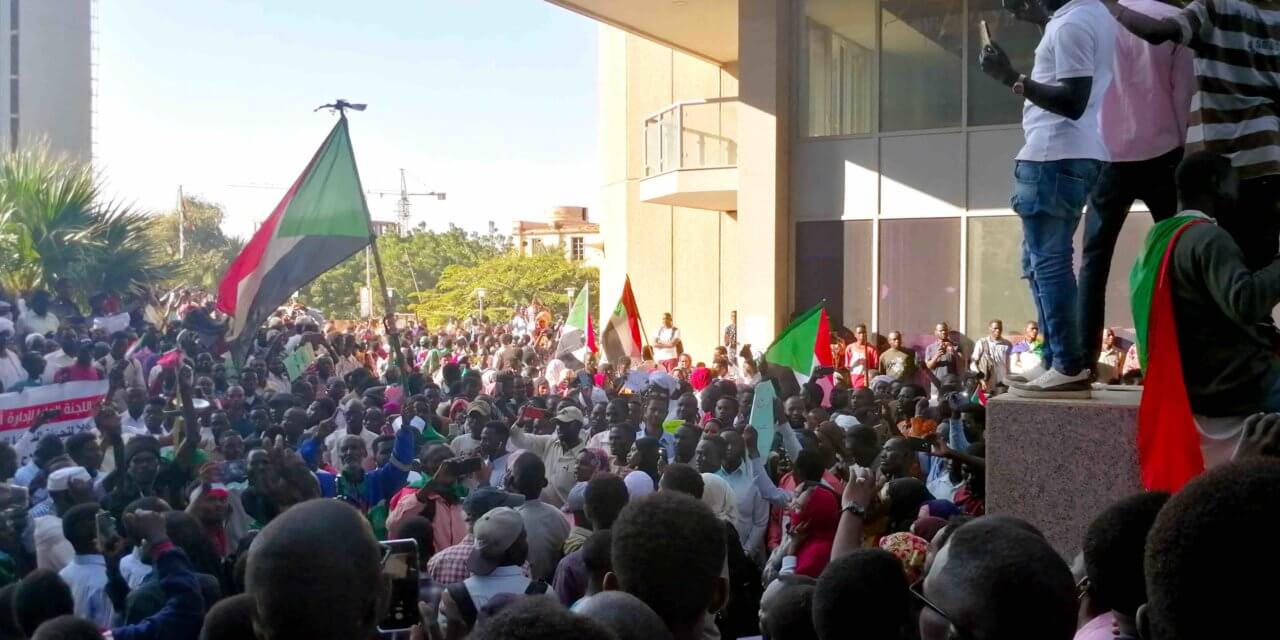 Demonstrators express their solidarity with Darfur violence victims in front of the Ministry of Justice in Khartoum, Sudan. (cc) AlAdwaaa.Online | Mohamed Al-Amin | January 2, 2020

Sudan’s transitional government struggles to contain a growing polarisation across the country. Violence along ethnic identities and divisions puts the nascent leadership under pressure.

After months of political turmoil that led to the removal of President Omar al-Bashir in April 2019, a transitional government was formed in September 2019. Prime Minister Abdalla Hamdok vowed a government of professionals to fulfil the promises of the revolution that started in December 2018. Many hoped the new leadership would also be able to harmonise tensions among different ethnic groups. However, as recent events suggest, tensions along ethnic identities and divisions are still high.

Violent conflicts in Darfur and eastern Sudan have escalated during the past few months, leaving dozens of people dead and many more injured. This has forced the transitional government to deploy additional forces in some hotspots, and to declare a state of emergency and impose curfews in several states.

Since June 2019, Red Sea State has witnessed several violent clashes between the Beni Amir and al-Habbab people on one side and the Nuba people on the other, particularly in Port Sudan. Dozens of people lost their lives, and many more were injured. Violence also erupted between the Beni Amir and the Hadendawa people, both groups part of the Beja ethnicity in eastern Sudan. At least six people died.

The Darfur region also witnessed rising tensions and violence, for example, between pastoralists and farmers. In North Darfur State several people were killed when pastoralists attempted to gain control of farmland. In December 2019, protesters carried the bodies of their relatives who were killed during the violent struggle between armed herders and farmers to the Wali’s (Governor) house, demanding justice and better security.

On December 29, 2019, an incident in the Kirinding Camp near el-Geneina, West Darfur State, escalated, resulting in the death of 65 people and the injury of 54 others, according to the United Nations – African Union Hybrid Operation in Darfur (UNAMID).

The role of identity

Taking the Kirinding Camp as an example, residents residing near and in the camp say that the violence started with a fight between young men from the Masalit people who are active in the resistance committees, formed in all parts of Sudan during the uprising, and armed young ethnic Arab men. The fight between individuals quickly escalated.

Ahmad Shogar, a resident of the al-Amiriyah area near the Krinding Camp which is inhabited by ethnic Arab people, said “the attack was started by those who call themselves the resistance committees of the Krinding Camp. The attackers slandered the Arab tribes and accused them of loyalty to the former regime. This is a biased behaviour and has led to violent responses.”

Thirty-year-old Adam Ahmad told AlAdwaaa.Online that the initial violence was between two small groups, and one ethnic Arab man was killed. Seeking revenge, the young ethnic Arab men mobilised their people. They surrounded the camp from three directions and burned a large number of houses, said Ahmad. He added that fire spread to villages adjacent to the camp, leading to extensive damage to property and the deaths of many people.

Besides, Ahmed further explained, “there were gunmen wearing official uniforms, who participated in the attack on the camp. This shows that parts of the government forces took sides based on tribal affiliations. This is dangerous, and the government should quickly handle it.”

“We sympathise with all those who were killed and call on everyone to exercise self-control,” Shogar said given the tragedy. Ahmed, in hindsight, said. “This started with a fight, which could have been easily contained.”

On January 2, 2020, thousands gathered for a solidarity demonstration in Sudan’s capital Khartoum, chanting slogans such as “Darfur is bleeding” and “where is the promised peace”.

The protestors called upon authorities to hold those involved in the violence accountable for their acts, the dismissal of the State Wali (Governor) and the appointment of civilian governors in all states, in accordance with what is stipulated in the Constitutional Declaration.

They also called for the disarming of militias in all parts of the country, and the acceleration of the on-going peace negotiations taking place in Juba, the capital of South Sudan, between the transitional government and armed movements.

Sudan’s Deputy Chairman of the Sovereign Council and Rapid Support Forces (RSF) Commander, Lieutenant-General Mohamed Hamdan Dagalo (Hemeti), blamed those who he described as “exploiters” of being behind the violence.

In a speech he gave in el-Geneina, Dagalo said: “This is an internal problem and the ones who caused it will be punished. We will start investigations with full transparency, and we will hold everyone accountable according to the law.”

The Forces of Freedom and Change alliance (FFC) in West Darfur State accused members of the former regime of inciting the violence and also called for the immediate dismissal of the military governor of the West Darfur State.

“The coordinating committee of FFC in western Darfur condemns violence and counter-violence and considers the military ruler and the security committee fully responsible for what happened. We also accuse it of negligence in protecting citizens. We appeal to the transitional government to immediately dismiss the military governor of West Darfur and to quickly appoint a civilian governor to work with the revolutionary forces to achieve the objectives of the transitional period, reach peace and peaceful coexistence between the social components based on mutual trust.”

A former official of the outlawed National Congress Party (NCP), categorically denied the involvement in inciting any of the violent incidences that have havocked Sudan in recent months. Speaking on the condition of anonymity, he told AlAdwaaa.Online that members of the former NCP “reject tribal violence” and added that they are also “keen to end ethnic and tribal conflicts in all parts of Sudan”.

“The National Congress has nothing to do with these tribal conflicts and refuses these arbitrary accusations. We call on the FFC not to blame our party for its failure in maintaining security.” He added that “the FFC is blaming the former regime for each failure and it is blaming it also for its failure in providing for people’s needs such as bread, wheat, petroleum products and medicine, and for long queues, the transportation crisis, and the rise in the price of the dollar against the pound. These are illogical accusations.”

A military and security expert, also speaking to AlAdwaaa.Online on the condition of anonymity, said that the common factor between violent conflicts in the east and west of the country is the absence of the authority of the state and the rule of law, in addition to the presence of “hidden hands working to fuel the conflict”.

He attributed the recent increase in violence to attempts by different interest groups from within Sudan, but also foreign, which used to benefit from the former regime, to reproduce a balance of power similar to the one that existed before, to preserve their interests.

“The revolution unleashed freedoms and freedom of expression. The victims of wars and conflicts and citizens living in marginalised regions have started to claim their rights. Their voices became loud, and this is a threat to many parties because it corrects the power imbalance and makes forces that were in control in the past lose their power. Therefore, they resort to violence, igniting strife to reproduce the old balance of power.”

He further warned of the unstable security conditions as a result of reorganising the different regular forces taking place during the transitional period in the country. He said that this creates a fragile situation, as witnessed in Khartoum on Tuesday, January 14.

“Regular forces, as well as all the government, should swiftly work to reorganise their ranks and perform the needed reforms in the military and security forces after the revolution, in order to be able to perform their duty in maintaining security and stability.”

While a fragile security situation persists in different parts of Sudan, putting nascent authorities under pressure, it is undoubtedly too easy to attribute the tragic events to ethnic identities and divisions alone. These seem to be too often merely the trigger – an easy one, however – to exacerbate the situation to achieve political or economic gains. 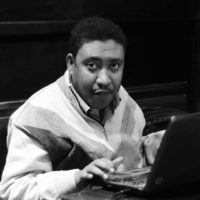 Mohamed is a freelance reporter who specialises in Sudanese, South Sudanese and Horn and East African issues. He has been a professional journalist since 2004 and worked with Bloomberg, Middle East Eye, Voice of America and Daily Nation among others.