Elections in Sudan: hope and frustration 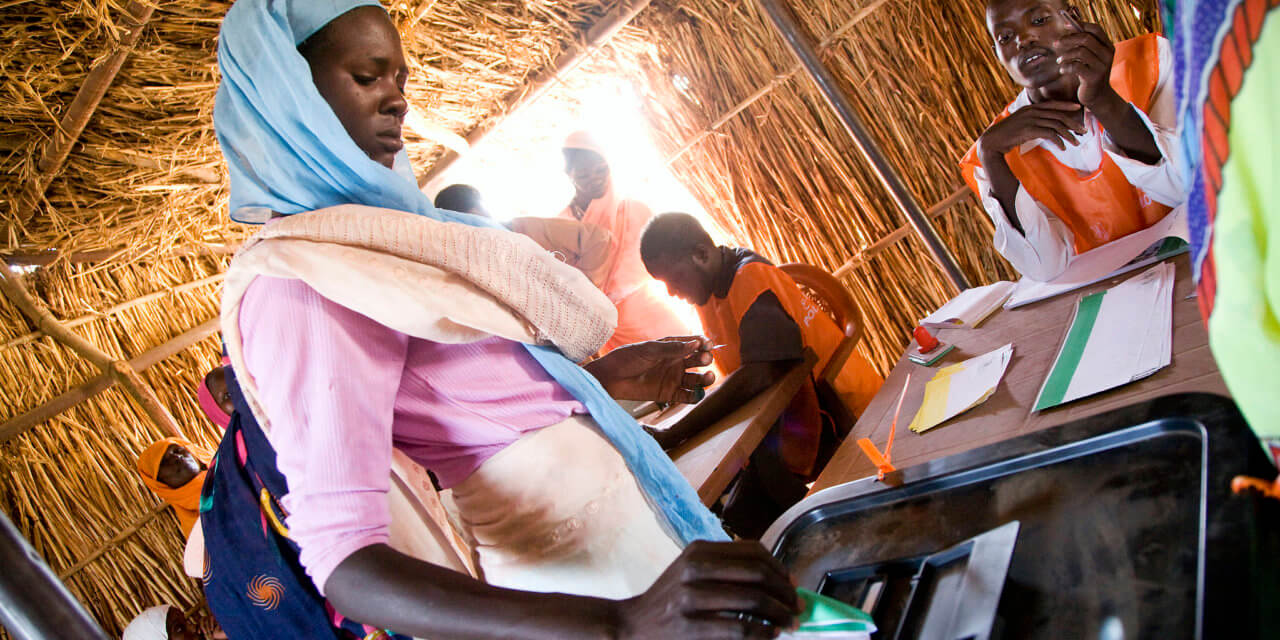 Sudan’s democratic transition drags on, with the general elections now scheduled for late 2023 or early 2024, although the transitional government’s term ends in 2022. Sudan’s political transition is in a precarious phase, with the country’s youth oscillating between hope and frustration.

In December 2018, people in Sudan took to the streets, protesting government austerity measures. Within a short time, this sparked a nationwide uprising that led to longtime President Omar al-Bashir’s ousting in April 2019.

The Transitional Military Council and the Forces of Freedom and Change signed a Constitutional Declaration that established a power-sharing agreement between the military and civilians that would lead the country for 39 months until transitional elections are held.

Being born and having lived under Bashir’s autocratic rule for 30 years, most of Sudan’s younger generations never witnessed free and fair elections. The anticipation to finally cast a vote is high across Sudan’s generations and regions.

To have a say in who heads Sudan’s government was one of the cornerstones of the revolution. But given the countless challenges, the materialisation of this hard-fought-for democratic principle is in limbo.

Thus far, the transitional government has focused its efforts on solving and reaching a long-anticipated comprehensive peace agreement with rebel groups throughout Sudan.

Besides trying to solve a crushing economic crisis, on October 3, 2020, the transitional government under Prime Minister Abdalla Hamdok’s leadership signed an agreement with one of the country’s largest rebel groups.

However, a few prominent rebel groups remain outside the peace process, and the 39-month transitional timeline has restarted, thus delaying the general elections, part of the peaceful transitional process towards a more democratic Sudan, until late 2023 or early 2024.

Amidst these delays, our reporter Alaa Eliass was keen to hear from two young people what they think about the still distant but certainly coming general elections in Sudan:

Alaa spoke with Fki Ali, a 29-year-old activist from Khartoum she interviewed already in early 2020, when he said, “change was inevitable for Sudan”.

Q: Again, the same question I asked you a year ago Ali, why did you participate in the revolution?

A: Like I said before, for a change! And because I wanted to be able to vote for a reputable president someday.

Q: Almost two years ago, the people’s revolution led to the end of Bashir’s reign. Do you think that the revolution’s aims were fulfilled?

A: I would answer yes, despite all the missteps that happened. But we have made significant steps in many important fields: Sudan’s return to the international community; the lifting of sanctions imposed on Sudan; and we are closer to a comprehensive peace deal.

Yes, there are other issues not yet solved, such as the economic crisis in Sudan, but this is linked to the matter of sanctions and the lack of investment opportunities in Sudan.

A: Yes, I think it is possible – like Prime Minister Hamdook said: “democracy is not a fixed system that you apply. It is a process you learn by practice.”

One of the reasons why we failed before in building a democracy is that we were too impatient. To institute democracy, you need to be patient enough! So yes, Sudan and every other country are ready for democracy.

Q: A crucial next step are the general elections. Are the country and its people ready for it?

A: Yes, I think we are ready, and I am very optimistic about it.

Q: Do you think the different political parties are ready for the upcoming elections after such a long time of dictatorship?

A: Our political parties suffer from structural issues. Being under a dictatorship for long, they became unable to handle power. For example, the Alliance of Freedom and Change, the supporting ally of our government, is still acting as an opposition party.

They didn’t get the chance to be in power for so long. This might be an issue. There is no democracy without political parties. So I believe we need to accept them despite everything, and the parties themselves need to make noticeable changes from the inside.

A: I know the general stuff only, but I don’t know more than that. Not just me, I believe even most of the members of political parties don’t know the details, and that is because the Sudanese parties lack transparency and democracy, which is another consequence of being under a dictatorial regime for such a long time.

Q: Pushing all this aside, how do you feel about the upcoming, hopefully, free and fair elections in Sudan?

A: I can’t describe how I would feel. I was born in the 1990s. I lived under a dictatorship for my whole life. So it’s difficult to imagine, but it will definitely be an enormous event – the feeling that I will get the chance to choose who will be my president.

I am very optimistic generally about the coming elections.

“I went out to the street searching for a better life for all Sudanese people,” said the 19-year-old University of Khartoum student Raneem, when Alaa asked her about the reasons for her involvement in the revolution.

Q: It has been almost two years now since Bashir was removed as the President of Sudan. Are you happy with the situation now?

A: No. Our dreams and ambitions for our revolution were not fulfilled. We are disappointed and have been betrayed for the sake of the politician’s greed for power.

Q: Do you think democracy is possible in Sudan, and is the country ready for democracy?

A: I don’t think so. Many countries don’t wish for democracy, growth and peace in Sudan and even beyond, in Africa. In the case of Sudan, several countries are supporting those who are sabotaging our revolution.

Q: Do you think Sudan is ready for elections, and why?

A: Sudan is not ready, and that is because our political leaders are not united.

Q: Do you think the different political parties in Sudan are ready for the upcoming elections?

A: I would also answer no. Our political parties are not ready for the elections because they are still in a state of chaos. And even their programmes aren’t complete, and their agenda’s are not obvious – not for me and not for the Sudanese people. I don’t have enough information about all our political parties in Sudan.

But I know enough about the old political parties, their ideological background and their history in Sudan. I think their agendas and programmes are so far from our reality and what we need as a nation and specifically youth. Their programmes and policies are designed only to serve themselves.

And the Sudanese people are poor and neglected, they suffer in their everyday life looking for food or fuel, and they don’t have much time to think about their political parties.

Q: Pushing all this aside, how do you feel about the upcoming, hopefully, free and fair elections in Sudan?

A: I really hope we will complete the transitional at some point, but I don’t think there will be a truthful election soon in Sudan.