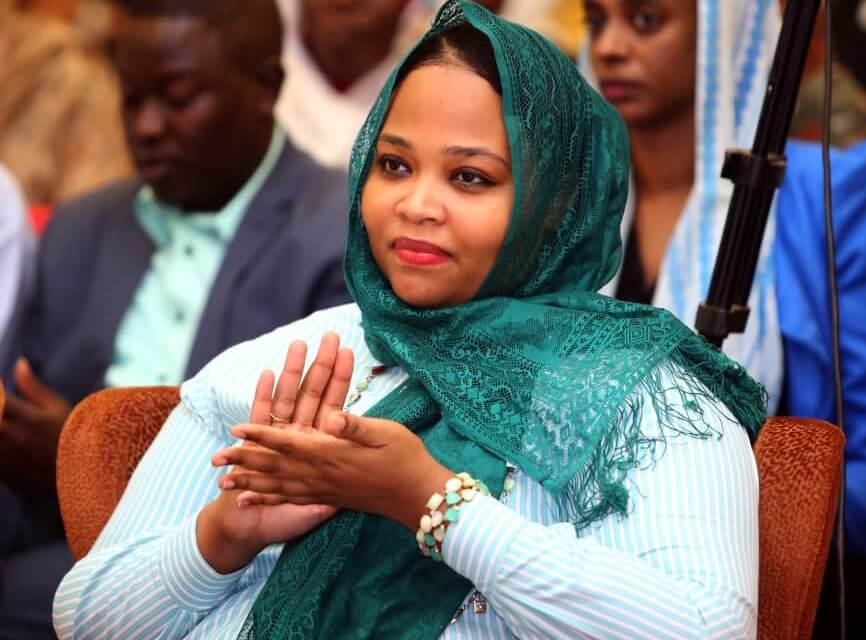 In September 2019, Sudan’s first ministerial cabinet since the removal of the country’s longtime President Omar al-Bashir took its oath. Among the new cabinet members, Wala’a Essam al-Boushi, sworn in as Minister of Youth and Sports.

Sudan’s Prime Minister Abdallah Hamdok announced the names of the transitional government ministers on September 5, 2019. Among the ministers, the name of a young woman, Wala’a Essam al-Boushi.

She was chosen to lead the Ministry of Youth and Sports, a ministry monopolised by men since the country’s independence in 1956. Particularly striking, 33-year-old al-Boushi is the youngest minister in the transitional government.

For many of the Sudanese people, one picture became synonymous with al-Boushi – her meeting with former US President Barack Obama in Washington, during a ceremony organised in honour of the US president in summer 2016.

Known as women and children rights activist who protested against the ousted regime for many years, she calls the ministry she heads “the Ministry of the Revolution”.

Describing al-Boushi, Salma Barakat, says that she met her during the revolution days: “We used to always go together to the demonstrations. She was very enthusiastic. We were holding awareness seminars inside the demonstration square to talk about peoples’ rights.”

Al-Boushi was born in Wad Madani, the capital of Sudan’s Gezira State, where she attended elementary and secondary school. She then moved to Khartoum University to study engineering and architecture. She graduated with First-Class Honours from the Mechanical Engineering College.

She was granted the Chevening Scholarships from the British government to continue her Master’s studies. She graduated, with distinction, and now holds an MSc in Advanced Mechanical Engineering, with a focus on nanoparticle fluids and aircraft engines from the Imperial College London.

Her professional experience is varied. She worked in the government sector, universities, the private sector and with civil society initiatives. Among the positions, her work as the first female mechanical engineer in the Sudanese sugar industry, where she worked with the Halfa, Junaid, Star and Aslayah factories.

She also worked as a researcher on energy policies in five main strategic programmes, including renewable and clean energy. She also held the position of lecturer in the Department of Transportation and Refining Engineering, College of Petroleum Engineering and Technology, Sudan University of Science and Technology, and supervisor at the DAL Technical Academy.

In 2017, she established the Mandela African Leaders Day initiative to support the principle of joint action between African youth and to strengthen the role of youth in supporting and developing societies.

Hassan al-Attar Dardiri, who studied with her at the Imperial College London, says “al-Boushi was academically a genius and she is one of the distinguished graduates of the engineering department”.

Dardiri also spoke about the unique character of al-Boushi and said that “she has the ability to establish connections with people from different intellectual, religious, ethnic and cultural backgrounds”.

This ability to communicate with different young people makes her “stand close to the way young people think and to their lifestyle”, explains Khalid Massa, a journalist specialised in sports.

He added that “as for her work as Minister of Youth and Sports, the conditions now are favourable for the young minister to look deep into the issues of sports and young people given her previous experiences in the field of youth”.

Massa says that for the past 30 years – under Bashir’s rule – youth and sports were severely neglected and tightly controlled through the ‘Tamkeen’ framework, a biased and nepotistic empowerment policy, favouring those loyal to the regime.

Consequently, al-Boushi needs “to address the issue of the ministry’s structure and dismantle ‘Tamkeen’ by excluding all the former security apparatus and former regime officials in youth institutions”, says Massa.

Dardiri says that “the young minister possesses a number of qualities needed to face these challenges. She has the courage, intelligence, seriousness and insistence, and if she wants to achieve anything, she is capable of overcoming all difficulties standing in her way to reach her goal”.

Massa adds that “the other advantage of al-Boushi is that she has no affiliations. This was a great challenge faced by all former ministers, as they made their decision to appease rivalling football factions, Sudan’s most popular sport.” 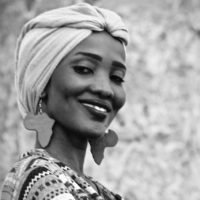 Omniat was born in El Fasher, the capital of North Darfur State. She studied at the Sudan University of Science and Technology, where she obtained a diploma in Communication Sciences specialising in Journalism and Publishing in 2013. Omniat passed the Sudanese Journalism Register Certificate in 2015. Since then, she has been a trainee with Al-Majhar Al-Siyasi newspaper and worked with a number of dailies in Khartoum.