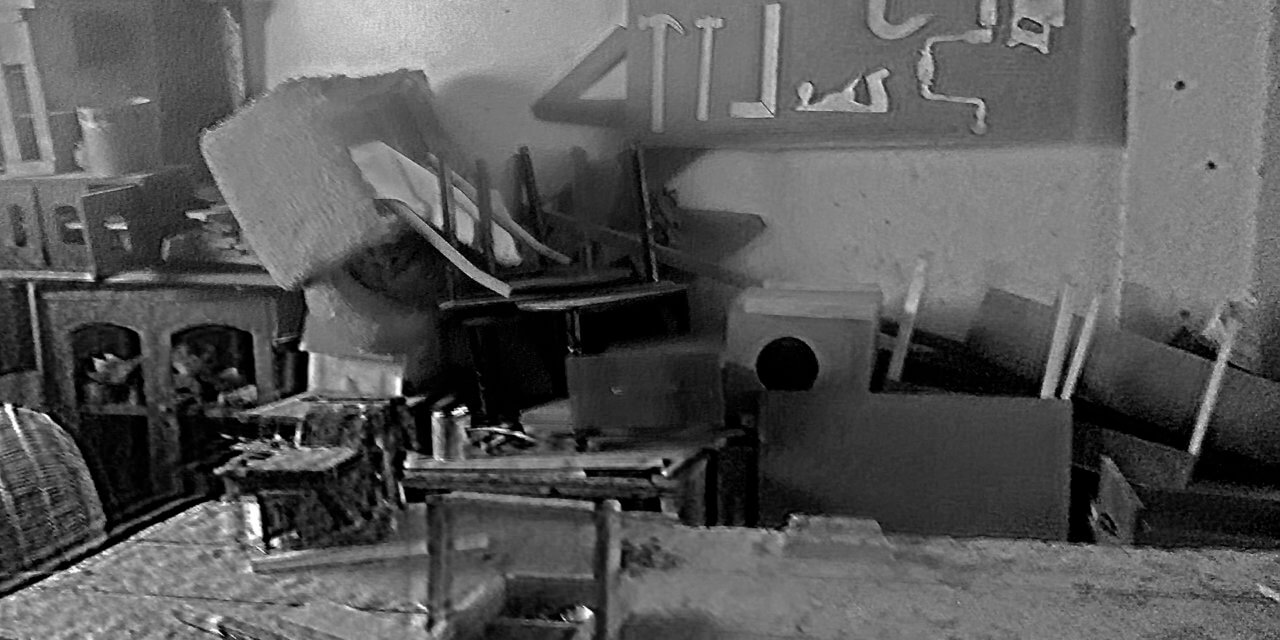 A carpentry workshop in the Al-Nour Center for the Blind, in Khartoum Bahri. (CC) AlAdwaa.Online | Idreis Abdallah | December 15, 2019

Disability should not constitute a barrier to education. However, in Sudan, a lack of institutions, support services and infrastructure detrimentally affect the education of students with disabilities.

“The most painful thing for me is the feeling that I am a heavy burden on my fellow colleagues and that I am placing a considerable strain on them when they take me from one classroom to the other,” says 24-year-old Sadeeq Ali, a student with disability studying at the Omdurman Islamic University.

Sadeeq tells AlAdwaa.Online that the university environment is not equipped to host persons with special needs, particularly those with motor disabilities who find it challenging to reach their classes when lectures are given on higher floors.

Sadeeq says that this applies to dorms, offices, and cafeterias, adding that “the biggest problem for persons with physical or mobility disabilities is transportation from their homes or dorms to the university”.

Twelve-year-old Laila Malik, a young girl with vision impairment, faces a similar problem. Her sister Nuha told AlAdwaa.Online that “Laila was born with this impairment and now she completely lost her chance to go to school because we were unable to provide for her many educational needs”.

Hopeful that a civilian-led government would address their needs as well, people with disabilities joined Sudan’s uprising that ousted Omar al-Bashir and were confronted with brutal repression. On December 20, 2018, Mohamed Issa Makour from Berber, a town in the River Nile state of northern Sudan, a young man with a disability, was one of the first protestors killed.

Despite their active participation and sacrifices, this segment of the society is still suffering from the same problems and challenges faced during the former regime’s era at all levels. Educational opportunities for people with disability are scarce.

The Al-Nour Center for the Blind in Khartoum Bahri is one of the few specialised institutions in Sudan. Despite its history and its fame for teaching students with visual impairment, the centre struggles. It was built to be part of the Sudanese National Association of the Blind, which paid for its construction.

Abdel Qayyum Mohamed Saeed, a teacher at the centre, told AlAdwaa.Online that “the biggest problem faced by the centre is in its building. “During the era of the former regime, the centre tried to get a piece of land to build a school, but we were not able to get anything other than false promises and high taxes imposed on the special paper needed by persons with visual impairment.”

The centre’s students are crowded in nine-square-metre classrooms. The rest of the building is used for carpentry and handicrafts workshops. Saeed complains about the lack of space in the Al-Nour Center, explaining that the centre is at maximum capacity and unable to accommodate more students. The centre also suffers from a significant shortage of educational equipment. However, its administrators keep fighting to provide their students with academic and vocational education.

The problem of adequate space and capacity affects many institutions. Fakhreldine Awad gives the example of the Sudanese National Society for the Deaf. “Despite the huge efforts made by the society, it still suffers from the problem of its small classrooms and the land on which it is constructed, which is fenced and resembles animal sheds,” he says. “This situation persists, although the basic requirement for teaching deaf and hard-of-hearing persons is to have sound-proof walls and floors.”

Besides, it is not easy to reach these institutions. For children living in the outskirts of the capital, it is practically impossible to access them, not to mention those living in remote villages and other Sudanese cities. Awad explained that “the problem of education for persons with all kinds of disabilities starts the moment they leave home to go to their schools and universities as they face the problem of accessibility”.

The inadequate architecture of classrooms, bathrooms, stairs and other facilities are obstacles preventing students with physical or mobility disabilities from accessing their classrooms and continuing their education.

Awad explains that “there are painful stories of students with disabilities who were not accepted in universities because of their disabilities, although their grades qualify them to study”, and adds that “others were discouraged because of stairs and the architectural designs of lecture rooms, which prevent them from continuing their education”.

He believes that it is essential to rehabilitate the infrastructure of all educational institutions at all stages to remove all obstacles faced by persons with disabilities and to train teachers on how to create a better learning experience for people with disability.

For institutions to be equipped accordingly, Awad says that no educational institution should be licensed if its buildings do not take into account the universal design code that takes into consideration the needs of persons with disabilities.

Awad says that “education is a right enshrined in the constitutional document and the revolution has raised the slogans of justice and equality. This requires the passing of laws and legislation that oblige everyone to respect the right of persons with disabilities in an enabling educational environment equal to others.”

On December 3, 2019, the Sudanese transitional government signed the coordination charter for persons with disabilities on the occasion of the International Day of Persons with Disabilities.

Mohammad al-Faki Suleiman, a member of the Transitional Sovereign Council, stressed during the signing of the document ceremony that the country cares for persons with disabilities and wants to enable them to enjoy all their rights on an equal basis with other segments of the society following the constitution.

He pointed out that the conditions of persons with disabilities were deficient in the era of the former regime and confirmed that the government is committed to supporting them until all their constitutional rights are upheld. He also pledged to address the situation of persons with disabilities beyond education and to provide them with employment opportunities in all state institutions.

Based on the principle of equal opportunities, it aims at providing people with disabilities with fair opportunities and to allow them to participate in the legislative apparatuses and the transitional governing bodies, ensuring their participation in the decision-making processes.